I know that your Santa comes to you on the New Year Eve. Can you explain why?
asked by Frederic, Canada
HISTORY
Russia has been Christian since 980 A.D. (for over 1000 years) and the Russian Orthodox Church still follows the old Julian Calendar. The Julian calendar is currently 13 days behind the Gregorian Calendar which is used by the majority of the countries in the world including the Russian State. According to tradition, all Russian Orthodox believers celebrate their Christmas on January 7th of the following year.

It was not always like this. Until 1917 the Russian State celebrated Christmas as lavishly as the rest of Europe but with an official delay of 13 days. So kids received their Christmas presents on that day. This holiday opened seasonal festivities of Russian Imperial court and nobility, which continued until the Lent before Easter.

When at the end of 1917 the Bolshevik government decided to adopt the Gregorian calendar, the Russian Orthodox church decided not to follow the rules set by the increasingly hostile civil authorities. Part of the reason was to protest against the Bolsheviks and their interference in church affairs. Another reason, probably, was to preserve the older/ Orthodox (read "unchangeable") rules, and ways in which the previous generations of Russian Christians were praying, celebrating, etc.

So the new Soviet State also marked its territory by forbidding all possible reminders of "the Old times". That naturally banned Christmas trees and Christmas day became a working day. But still parents didn't want to deny their kids the pleasure of decorating a Christmas tree on long winter evenings. My grandmother remembers that even though the people were afraid of repressions they covered windows with blankets when they put a small tree in.

It was like this until 1935 when one of the party leaders addressed the Communist Congress with a clever note mentioning that "the most civilized State offering everyone an equal chance can't deprive its happy children of presents and the New Year celebration under the wise control of the Communist Party". That argument was unbeatable and here once more - tradition won. Now New Year became a Soviet version of an old Christmas celebration. Presents, Santa, and trees were adopted by the Soviet Union. Lenin had been dead for a long time, but every school had a right to a nice picture of him visiting children for the New Year.

It was only in 1938 when the Communist Party officially organized a Christmas/New Year tree inside the Kremlin and every small visitor had a right to a small present offered from Grandpa Frost (the Soviet version of Santa Clause).

No one knew those days that in just 3 years, the decorated tree would be almost the only consolation for children in bombed and attacked Russian towns during WWII.

The end of the war brought another calendar change, though. Now, the 1st of January officially became a day off.

People were allowed to have a celebration and all Soviet newspapers showed happy families united for New Year's Eve. 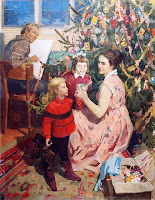 MODERN REALITY
As time went by and the regime softened, Soviet traditions included great festivities for the New Year with an obligatory Grandpa Frost's visit often accompanied by his granddaughter Snegurochka (Snow Maiden).

Like his Western counterpart Santa, Russian DED MOROZ (Grandpa Frost) travels in a sled (albeit with a Troika) and there are no unreachable places for this omnipresent old man. He prefers the daytime for visits, though )))) 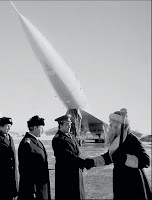 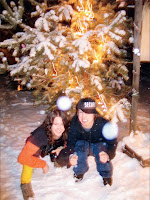 For the not-so-religious part of the Russian society, Christmas time is just a long holiday season.

Many people these days start parting with their Western friends on December 25 (together with the Western World), 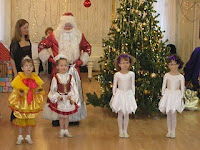 then continue on the real New Year Eve with festive parties and Grandpa Frost , enjoy New Year's Day with their families, then, celebrate Russian Orthodox Christmas on January 7th

together with Russian Orthodox believers, when children get another set of presents, and finally every person from ex-USSR territories celebrates the night of January 13 (known as Old-New Year).

P.S. So don't be surprised if your business partners in Russia wish you Happy New Year or simply are in the festive mood until January 13th. It's complicated, you know....well just like many other things in Russia.
One thing is sure, on the New Year's Eve you will hear these songs:

I always wondered what has happened to your country after perestroika. Where are all of your "great nation" science achievements?
Asked by Roderigo, Spain

Well, to summarize and make it light, science achievements are still there)))
To be more precise, I am going to mention most recent several ones: 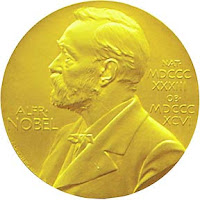 Russian winners of Nobel Prize (after 1990): 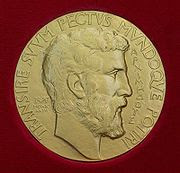 The Fields Medal is a prize awarded to 2, 3, or 4 mathematicians not over 40 years of age at each International congress - a meeting that takes place every four years. The Fields Medal is often viewed as the top honor a mathematician can receive. More on this medal you can see on Wikipedia: http://en.wikipedia.org/wiki/Fields_Medal

I am not aware of any prizes for space science development but the fact that Russians are not doing that bad in this science can be proved by the blog of one of the members of the International Space Station.

Space Station http://www.roscosmos.ru/DocDoSele.asp?DocID=528&ShowAdm= more often that the English one http://rt.com/About_Us/Blogs/orbital-log/2009-10-15.html
P.S.
I hope my brief review gave you some ideas, Roderigo. Watch for the updates, though ))))
Posted by Ask a Russian at 9:59 PM No comments:

Dinner and "good night" time for kids in Russia 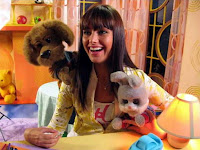 Traditions of dinner time for all children in Russia (and I mean on all ex-USSR territory) have not changed much since Soviet times when everyday life of any family member was supposed to be organized according to the general recommendation of the State sanitary control.

...Well, it sounds scary, but actually it was very well organized and every new mom could get an answer to any question regarding her child from her local pediatric center for children from 0 to 16 years old(polyclinic). 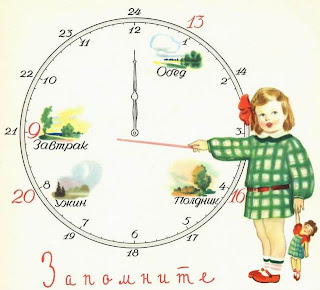 Quiet often all walls of this centers were covered with the clear slogans. from how to teach your child to eat to what time to put him to bed. As you can see from the picture, it was advised that for the child's health the best schedule will be:

This recommendation applied to the children of all ages.

It was important to finish dinner before 8:45pm, as at 8:45pm every child on the territory of ex-USSR was suppose to be in front of TV for his evening treat.

He had a right for 15 minutes long program Good night , babies! (Spokoinoi noch malyshi!) which was often the only daily TV entertainment of a child from 3 to 9 years old .

Music from this program put all babies in the sleepy mood and they were ready to go to bed leaving some free time for their parents.

Well, of cause many things has changed since then and now parents have access to all recommendations possible from all over the world. Some leave kids to eat when they want and to play until they fall asleep on the couch, others stick to a good old tradition of the grand-mothers.

But usually, since many parents work and are rarely home before 7pm, the dinner for all is around 7 30pm, unless grandma or nanny helps to feed hungry small kids before that. Teenagers will wait for parents or will eat before 8pm if parents left something to be heated.

You rarely will see small kids wondering around on the street after 9pm. The rule of 9pm-sleep-time still works but even if kids don't go to bed right away they are not allowed to go outside after the dinner. Those who will not go to bed might spent evening in front of computer or TV....just like in any other country)))))
Posted by Ask a Russian at 10:14 PM No comments: