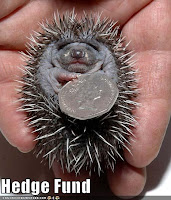 Do you have local hedge funds in Russia?

I'll give you just a brief outlook, as there is a lot to say on this dynamic part of the world economics.

Comparing to the US, where the first hedge fund was created in 1949, Russia was a late bloomer to provide conditions for operating hedge funds.

Soviet economy didn't believe in trading, so it was only in 1996 when the first a hedge fund Diamond Age Russia Fund (with assets of over 20 million dollars) was registered in Russia. As the site of the company says, the fund's investment objective is to generate maximum (absolute) long-term USD capital appreciation through an actively-managed, concentrated, hedged portfolio of Russian and Russia-related securities. Its activity had its ups and downs but the fund has managed to stay on the surface despite of various events (like local financial crisis of 1998) rocking Russian economy during the last decade. It managed to stay rather unique on the market for a long time but since economy always looks to maximize the profit....many of those investors who were restraining from investing in Russian economy before looking at the performance results quickly considered a change in their plans. Since mid of 2000-s investments in Russian showed stable returns and immediately the country was considered by those funds whose investment strategy was based on investing in highly risky but also highly profitable emerging markets economies (up to 25% of return comparing to 11% of other types of hedge fund strategies) .
As you can see from the table below almost all hedge funds (with Emerging Markets investment strategy) in 2009 over performed the previous year (first column 2009 results, second column 2008)

Experts suggest that last years Emerging markets hedge funds drew in over $9bn in new assets. This is more than was investing in this area 5 years ago when only $3.3bn was put into these types of hedge funds.

LEGAL BASE FOR HEDGE FUND IN RUSSIA

According to Russian legislation published in 2007 (Federal Law of the Russian Federation "On the Securities Market" and Federal Law of the Russian Federation "On the Investnment funds"), the hedge-fund is an investment partnership which can invest in not only securities (actions, bonds, etc.), but also in derivatives (options, futures), precious metals, as well as very risky investments, such as, for example, purchase of football club or objects of art.
These funds operating in Russia must be managed by professional professional managers or operating companies which obtained a license of Russian Federation.
Thus the asset's structure of Russian hedge-funds is determined by local legislation, as well as who can be considered eligible for to become investor of a hedge fund:

The most important criteria of abowe list is the last one - a prove to have necessary funds at the investor's disposal.

Of cause it will be unfair to say that hedge funds are easily accepted to work on Russian territory. Recent events during the process against local lawyer of London-based Hermitage Capital Management fund (who died in prison waiting for the trial) showed that Russian legal system is still vulnerable and confirmed that Russia is a real emerging market country with all following consequences and constrains.

As for today there are 6 hedge funds operating in Russia.

One of which is Prosperity Capital management (from top 30 European hedge funds classification) which currently has $4.1 bn under management and owns shares of many Russian and ex-USSR companies.

The others have less assets under management but they definitely will try to profit from post-crisis economy recovery. 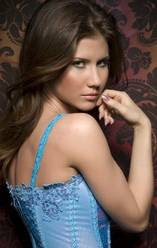 The shortage of local hedge funds are definitely compensated by the interest of local people ))))))....or those who are concerned by business intelligence (like recently (June 2010) accused of spying in Russia's favor US based personal assistant of the CEO of London-based hedge fund Navigator Asset Management Advisers, Ms.Anna Chapman, for example)

I am a student (business school to be more precise, based in Paris) and I am working on an oral presentation. The real topic is "How to do business with Russian people". Your blog helped me to know some of the habits that you have in this country. But I was just wondering if you could give me a hand on "the do's and dont's" with Russian people, especially in an business context.


And if you are aware about what a foreigner has to do before enter the country, I will be very grateful!

Dear Naima, I had to do a big research to answer your question...and am sure there is a lot to mention. So to meet the expectation of a business school student, I'll try to be short (PowerPoint presentation style?))
Some practical advice is given below although the majority would be applicable for many other countries (!). However, the expectation to see the Western model working in Russia like in other European countries could bring nothing but troubles. 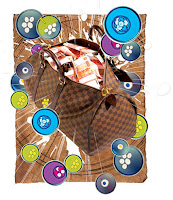 Remember, business ethics are different. For example, "offers" considered by Americans as presents, in are considered as the means for building relationship. Although explicit bribes are illegal in foreign firms, symbolic gifts are usually legal. Such symbols as a rule, are more important than monetary “gifts”, although a certain “tariff” can be necessary for bureaucrats to advance paperwork. 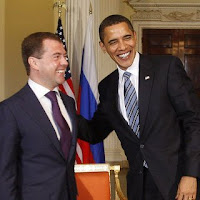 
Time management
Your Russian partners can have overloaded and badly planned agendas, which simply reflect the real state of affairs concerning time management in .

Russians can expect both organizational and personal advantages from negotiations. This means that those who lead negotiations can look for some personal benefits. (Will my personal financial and official situations change? Will there be any trips and other perks for me?)

Thoroughly select your delegation. Age and status are very important as well as gender, by the way. Women and young managers have a harder time gain the trust of Russian managers. Naturally, Russians prefer to deal with those who occupy important positions. Negotiations with junior representatives are received, at best as temporary and impersonal, and, at worst, they can be considered insulting. 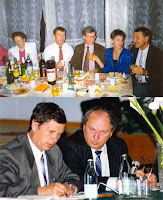 Cultural
Even if many Russian businessmen have studied abroad and traveled around the world, people can still underestimate international cultural differences.
And last but not least. Be ready to drink ))). It is common in Russia spend long hours at working dinners (But I guess, you read about this Russian tradition before from other sources))))

P.S. To answer your last question, I have to invite you to read my introduction note )))))
Do a little bit of home work, please Google Russian entry visa information!