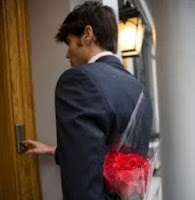 Even the ones I know here in the U.S. have married Russian women. Do the men date or marry foreign women ever? If not do you know if there is a cultural significance to this?
Asked by Siobhan


I do not know what man you are keeping in mind asking this tricky question. I am not good at personal dating advice.
So consequently I am afraid my answer will not be very personal or  original one..as it is not only the Russian men's "thing" to look for a Russian wife. As I mentioned in one of my previous posts many other men often also look for Russian spouses. (Shall l do my research and write on the qualities of Russian wives?)

Having said that I shall admit that many men of other nationalities who are living abroad, do stick to their traditions when looking for a spouse....Maybe they prefer to have at home a girl who will remind them of their mothers or sisters. Most likely she will cook them food they used to eat in their childhood (is it reassuring? ), will sing to their kids the songs they have heard as babies (romantic?). So that attachment to the origins has nothing to do with "the special Russian tradition" but more likely is typical for the first/second generation of emigrants living abroad.

But do not get discouraged. There are exceptions to all rules. Russian guys are not "the creatures unlike others" )))...in fact, they are not that different and also like different types of girls to the point of even marrying some of them. 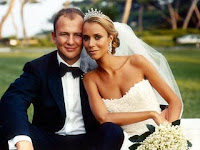 2. Famous Russian actor Igor Kostolevsky (Russian Bret Pitt) who played in 1975 the XIX century Russian noble officer who felt in love with a French seamstress (their real love story was immortalised in 1840 by the novel of Alexander Duma THE FRENCH MASTER)...ended up marrying his French woman 20 years later.

4. Soviet poet Yevgeny Yevtushenko (honored by the US president Nixon ) has been married many times,  two of which to the foreigners: British Joan Butler and American Marina Novika .

5. And the most recent one ........even though it is not a marriage, but a head spinning love of a renown model Naomi Campbell and less known Russian real estate billionaire Vladislav Doronin.
Apparently she is willing to convert to the Russian Orthodox church to be able to marry him in his faith.
CUTE! We'll see how this fairy tale ends ))) 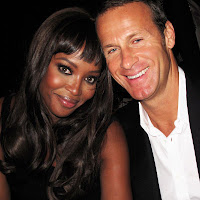 When you are finally with your Russian man, apart from the natural cultural differences, please be ready to deal  with the feeling that "everything is MEGA REAL"...to the point of "even too much" ))) (like his favorite Russian language song in the rewind mode in the car)

Love, emotions, presents, flowers will be overflowing as well as sometimes silence, mystery or reluctance to "talk it over", etc... One thing is garanteed, you rarely will be bored.