What do Russians think of other nations: Americans, Finns, etc..

1) I am Finnish and growing up all I heard about Russians was negative.
Pejorative words were used which I know now wound Finnish speaking
Russians. The stereotype was that Russians were dirty, dishonest sexist.
No one could do business in Russia with out getting involved with the
mafia and bribery was as much a part of business as a handshake. Well,
more than statements it was a general sense of loathing.

Since then I have grown up and met many people from all over the world
and I have realized that many of these stereotypes are false, or like
most stereotypes deeply skewed. I also realize that the hatred Finns
feel is for the things to do with the war and like all wars bad things
are done and those things were done by men who are now dead or practically dead.

Our view of Russians is pretty mean. My question is what is Russia's perception of us? What stereotypes do your people have about Finland and Finns? Asked by Miina

2) I've always been curious what Russians think of their neighbours (especially the ones who used to be a part of Soviet Union). I live in a country that have once been heavily influenced by the Soviet Union and that period of history left people here with a specific animosity towards Russians (more towards their politicians though, than to an average Russian). I will be be more than happy to hear your thoughts. Asked by Alexandra


3) What does the average Russian think about about Americans and the United States? Do they see us as stupid, bad, etc.? Asked by Brittany, USA

I am sure these are the first questions of whole possible series "WHAT-DO- RUSSIANS-THINK-OF..." When I just opened my blog I was wondering when I am going to get this most typical question of all expats. At some point of any conversation it pops out living me wondering what to answer.

There were rarely happy times in the history of Europe and the first half of 20th century brought huge changes to the territories of many countries. (We don't mention the fall of 3 major Empires : Russian, Ausrtia-Hungary, Germain ones) . (Was it less painful then the crash of the colonial world of African countries?) How to measure positive and negative points of such events.
And would it be less painful to our generation to find out what people thought in the 15 th century after Hundred Year's War in Europe.

Still , I understand that it must be very important to those who ask really get the true answer ...

BUT the thing is that to me this question if more from the provocative series ones: "WHAT-MEN-THINK-ABOUT-THE-WOMEN", "WHAT-DO-MAKE-PEOPLE-HAPPY? LOVE OR MONEY?"
No matter what you answer the problem of such questions will be the true answer as the is no such thing, as an absolute truth. Reality has many faces and everyone speaks of his own experience. So all variations of answers are possible.

If you spent your childhood playing with a cute neighbor later in you live you are most likely to think that ALL neighbors are cute. If on the contrary you were chased around by a crowd of teenage neighbors your perception of the neighbors will be not so optimistic... 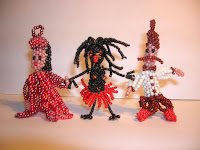 I have met once a nice old British gentlemen, whose daughter was married to a French guy, and who claimed to hate French....but was a subject to his family jokes, as he found any French he met in his life "absolutely-adorable".

People might have strong "pro" or "contre" opinions on the other nationalities, but if you try to scratch a little and get to the origin of such opinion you must be ready for surprises. Even when all claim to know the truth... you might discover a little thing which will balance the opinions.

We live in the open world . Have many sources of information to choose from..and still our opinion on the other nations has nothing to do with the nationality or any national identity. It is often related to the personal experience.


P.S. I know this is not the answer you have expected but I am afraid this is the only one possible )))))